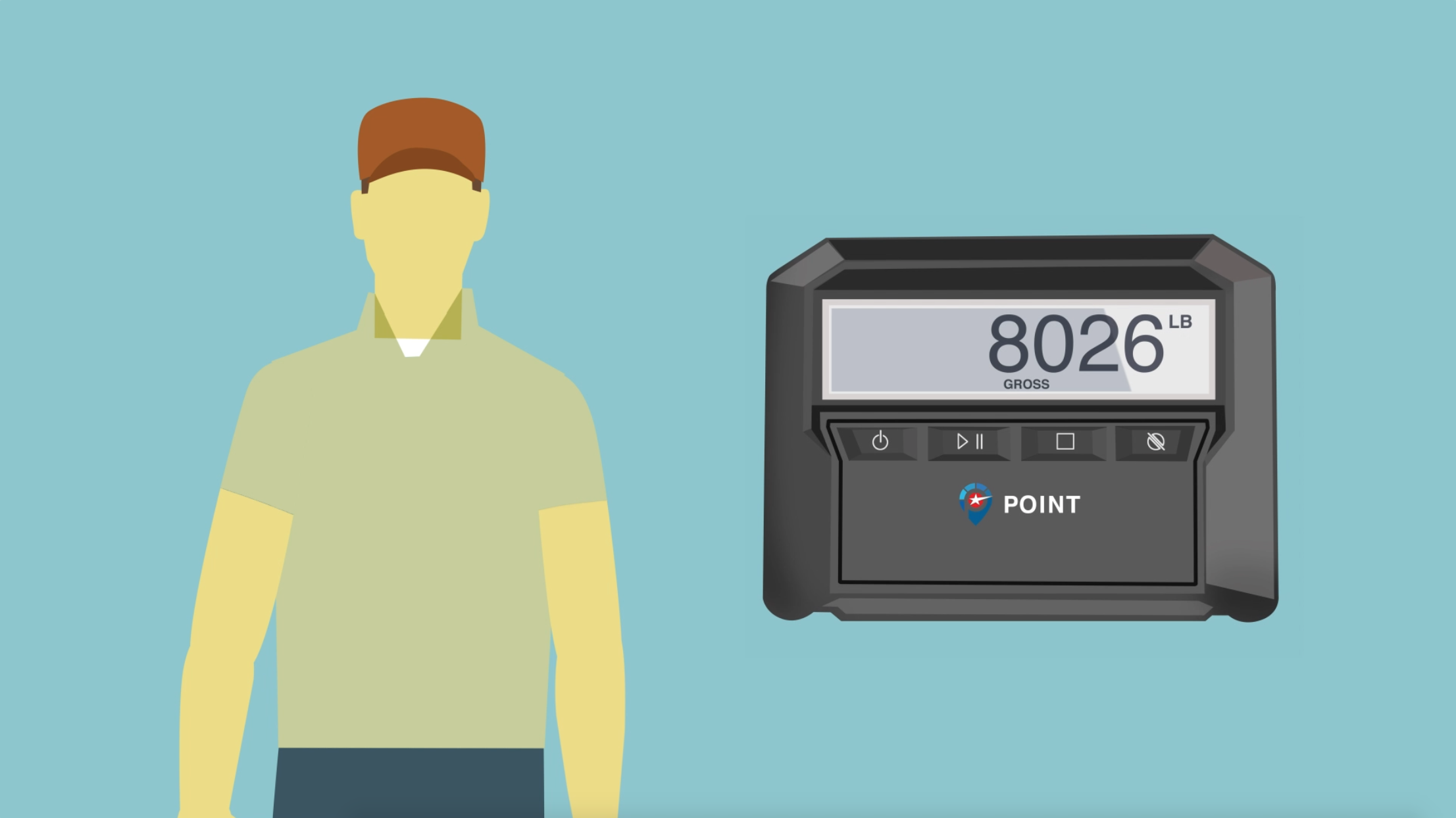 An Iowa farmer explains how he uses POINT® and REAP™ to maximize the versatility of his grain cart scale.

When Chris Huegerich purchased his parents’ farm in Carroll County, Iowa, about a decade ago, the acreage consisted of conventional corn, seed beans, cattle and hogs. But Huegerich wanted to find a way to honor both of his grandfathers, who also had farmed the land. His mother’s grandfather and his grandfather’s brother had begun a local popcorn business in the 1940s.

So while Huegerich farms 3,000 acres of commercial corn and soybeans, he also has revived the popcorn business, growing 500 acres of it. In addition to continuing his great-uncle’s and grandfather’s enterprise, Huegerich has been able to demonstrate the accuracy and efficiency of his farm’s scale technology.

The Efficiency of POINT

From planting and spraying to harvesting and hauling, there’s plenty to keep Huegerich busy, but he also understands the value of working smarter and more efficiently. “Six or seven years ago, I started using Scale-Tec’s scale system,” he explains.

Huegerich was so impressed with the technology that when he added the scale system to another grain cart on his farm, he decided to try our POINT and REAP technologies, too. The POINT scale indicator seamlessly integrates with scale components on any piece of equipment to display real-time weights. The easy-to-use indicator mounts onto just about any piece of equipment or in the cab, and multiple users can simply access the scale’s information from their mobile devices. REAP is our cloud-based harvest inventory platform that works in tandem with POINT to transmit and organize the scale’s information. The subscription-based platform also keeps track of storage destinations, field totals and more.

Huegerich mounted the POINT indicators to his 1,300-bushel grain carts. ”They work flawlessly,” he says. “I can put all my destinations in REAP, which works with the POINT indicator, and keep tabs on my employees via my phone or tablet.

“Before adopting the technologies, when my drivers thought a grain bin was full, I would check the bin and often we’d still have room for a load or a load and a half,” Huegerich adds. “POINT takes out the guesswork when it comes to filling the bin by contributing scale weight data so REAP can accurately record the load transfer from grain cart to bin.”

“We want to provide a farmer or user with extremely reliable scale data and support,” explains Nick Von Muenster, our president at Scale-Tec. “With POINT, we focus on the user experience. You simply hit device settings, calibrate your scale and POINT does the rest for you. It’s that simple.”

At 56 years old, Huegerich admits new technology can seem daunting sometimes. Other producers in his area rely on pen and paper, “which is fine until someone gets distracted and forgets to write a couple of loads down,” he says. “Both REAP and POINT are incredibly user-friendly; if I can run them, anyone can.”

Many older scale systems feature a complicated sequence of buttons, which are different across different scale brands and models. “A simple task like calibrating the scale is much easier to accomplish with POINT, thanks to fewer buttons and automatic calculations,” explains Von Muenster.

And while users initially activate POINT through a mobile app, a smartphone is not required to simply operate the scale after setup. “We wanted to give farmers scalable solutions that accommodate all comfort levels of technology,” adds Von Muenster. In fact, farmers don’t even need a REAP subscription to use POINT as a basic, standalone indicator.

But back to the popcorn. In the past, when Huegerich’s drivers delivered popcorn to the plant, the drivers themselves had to weigh every semi-trailer load they hauled. “The popcorn plant doesn’t have a scale, so we’d use a third-party scale that’s miles out of the way,” he explains. “We’d wait for someone to weigh us, then we’d drive back to the plant, wait to unload and drive back to the scale again. Then we’d wait for someone to weigh us empty before we returned to the field. It was so inefficient, especially when running two combines and two grain carts.”

So when Huegerich added POINT to his grain carts, he decided to demonstrate the accuracy, efficiency and ease of the technology to the popcorn plant. “We took five semi loads, ran them across the scale, took the next five loads and then emailed the popcorn plant the data with the current price of popcorn figured in,” he says. “The price varied between $8 and $20 a load in the plant’s favor.” POINT is a winning proposition for Huegerich and his employees, saving them plenty of time and money, and paying off in terms of money for the popcorn plant.

To further prove the accuracy of POINT, Huegerich combined a few fields of beans for the popcorn plant, brought those beans to the local co-op and sent along his weight data for the popcorn plant to view the results. “Now the popcorn company is going to put POINT on their grain cart when they transfer popcorn from their bin directly to the plant,” Huegerich says. “Up until now, they had no way to track that weight data.”

While Huegerich initially planted popcorn to continue his family’s legacy, those 500 acres of popcorn — along with POINT and REAP — have streamlined his operations dramatically.

“Scale-Tec’s POINT and REAP technologies have eliminated 99% of errors,” he says. “It just makes me way more efficient and a lot more confident in my bushels getting to the right destination. It even helps me when I do my proven yields for federal crop insurance. With POINT and REAP, everything is right there when I need it.”

Check out our POINT indicator or contact us to learn more about how its high adaptability, innovative support and endless capability can make your farm operation more efficient. Read more about the REAP harvest inventory platform, and how it works with POINT to track every load from the grain cart all the way to storage.

There’s no question about the value of grain drill calibration, since drills meter by volume rather than by individual seeds. Planting more than the recommended